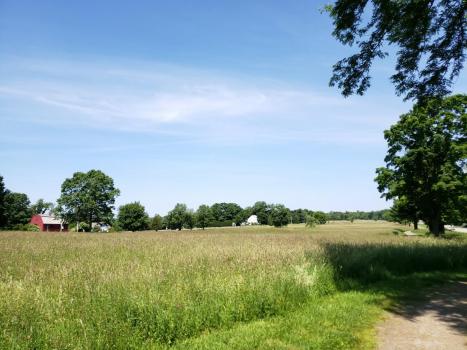 Old farm houses line the highways leading to Lebanon in eastern Connecticut between Norwich and Willimantic, where the town center resembles many picturesque New England villages with a library, churches and town hall clustered around the historic Green, a center of activity during the Revolutionary War. Read More... 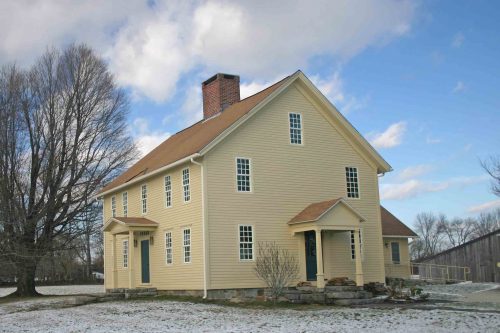 Jonathan Trumbull Jr. (1740-1809), son of Connecticut's Revolutionary War Governor, served as General George Washington's secretary during the American Revolution and was later governor of Connecticut from 1797-1809. His elegant home with its hand-carved paneling and corner fireplaces is the house where Washington spent the night of March 4, 1781. The house (ca. 1769) is located in the Lebanon Green National Register District, at 780 Trumbull Highway (Route 87), Lebanon, Connecticut. The museum is owned and operated by the Lebanon Historical Society. Read More... 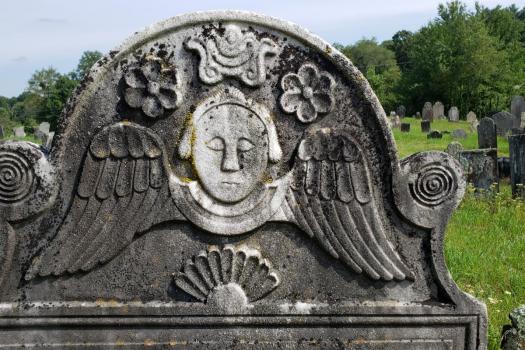 There are close to two dozen cemeteries in Lebanon, many dating back to the pre-Revolution Era. These include the Trumbull, Exeter, and Goshen Cemeteries. Among the famous individuals buried here are Gov. Jonathan Trumbull and Declaration of Independence signatory William Williams. The gravestones themselves are also noteworthy, providing incredible examples of the colonial stone carving tradition unique to Eastern Connecticut. Read More...

These buildings, located on the West Town Street side of the Lebanon Green, are significant for their roles in the Revolutionary War. The home was owned by Revolution-era governor of Connecticut Jonathan Trumbull and was the site of many important meetings. The stable was once used to board George Washington’s horses. Read More...

This small, red building may seem unassuming from the outside, but it played a pivotal role in America’s fight against British tyranny. Located on the West Town Street side of the Lebanon Green, this was the site of hundreds important meetings between political and military leaders during the Revolutionary War. Read More...

The Lebanon Historical Society formed in 1965 and constructed its museum campus in the mid-1990s. The museum includes galleries, replica and original period buildings, objects dating back to the Revolutionary War, and a research center that can process genealogical inquiries. Read More… 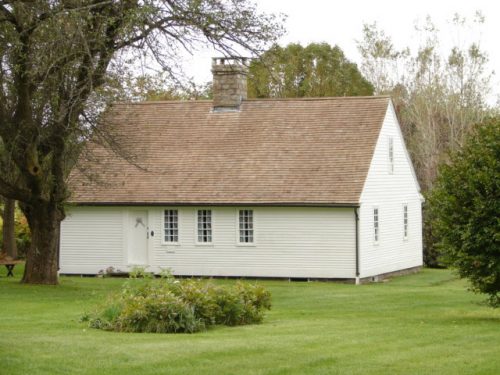 Dr. William Beaumont is considered the "Father of Gastric Physiology". His book describing digestion, published in 1833, became a classical medical study still used today. His birthplace is a tribute to early 19th century medicine, with exhibits of period medical instruments and a recreated doctor's examining room. Beaumont grew up in the Village Hill section of town, a few miles from the Green. The house in which he was born has been relocated to the Green. Owned and administered by the Lebanon Historical Society. Open 12 p.m. - 4 p.m. on Saturdays, from the 3rd Saturday in May thru Columbus Day Weekend and by appointment by contacting the historical society.

This stone and plaque located across the street from the Lebanon Historical Society marks the spot where French soldiers, under the leadership of Count Rochambeau, baked bread on the Lebanon Green during their winter encampment.

This brick church with its tall white steeple is an icon of the Town of Lebanon and a unique piece of architectural history. Although the church formed in 1700, the building which stands on the Green today came a century later. The building was designed by artist John Trumbull, the so-called “Painter of the Revolution”. The building is believed to be the only surviving example of his architectural work.

This home is considered a masterpiece by the builder Isaac Fitch. The home was constructed for David Trumbull, one of the sons of Gov. Jonathan Trumbull. David was one of the suppliers for Rochambeau’s French Army and turned over the home to Duke de Lauzun to use as a headquarters for a time during the Revolution. It is now privately owned and is part of the Lebanon Green Vineyards.

This two and a half story home at the intersection of Route 87 and 207 was once owned by William Williams, a signatory to the Declaration of Independence. Williams was born in Lebanon in 1731 and educated at Harvard. He was a member of the Sons of Liberty and an active critic of British Rule. A satirical piece criticizing King George III was written by him and published under a pseudonym in the Connecticut Gazette. He went on to be elected to the Continental Congress and signed the Declaration of Independence. After the War, Williams was also a signatory to the Articles of Confederation. He later represented Lebanon at Connecticut’s constitutional ratification convention where he voted in favor of ratifying what would become the official U.S. Constitution.

The Williams House has been declared a National Historic Landmark and is on the National Register of Historic Places. The building is privately owned but is easily visible from the street and the Town Hall portion of the Lebanon Green.